Each year, Valentine’s Day reminds people to look inside themselves and truly cherish those who are close them. The main image invoked by this holiday is the heart shape, based on the human heart—considered the most vital organ in the body. Metaphorically, the heart is a symbol for love and compassion, but unfortunately, it takes more affection to keep the heart healthy. 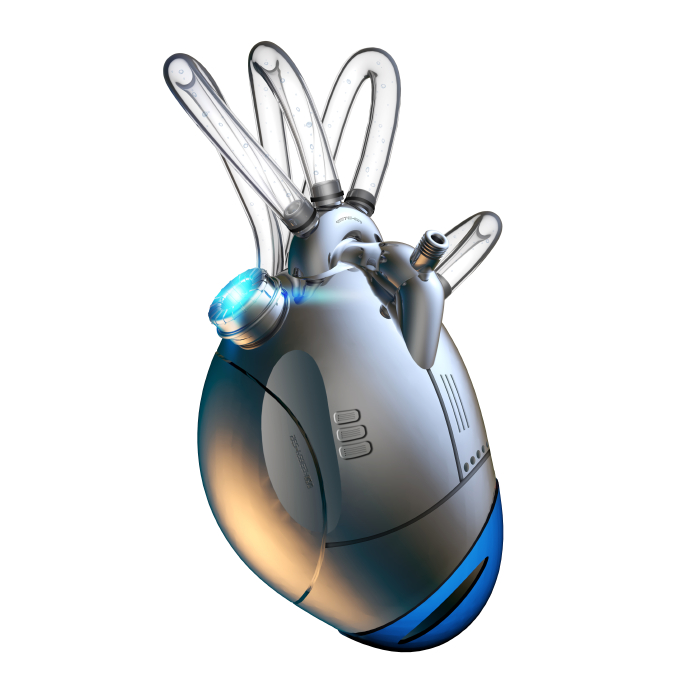 Our hearts are constantly pumping blood throughout the circulatory system—this provides the body with much need oxygen while removing waste material. Due to risk factors such as heart disease, diabetes, hypertension, and others, the heart can be susceptible to the effects of heart failure: a potentially fatal condition in which the heart can’t pump adequate amounts of blood into the body.

Patients with this condition often turn to heart transplantation, but this procedure is not without its risks; open-heart operations are demanding on the body, and people afflicted with heart failure often wait long periods of time waiting for an organ donor. To help address this problem, the artificial heart was created.

Paul Winchell was a television personality in the 1950s and 1960s, well known for his comedic ventriloquism. While at a cast party, Winchell met the inventor of the Heimlich maneuver Dr. Henry Heimlich; Winchell oversaw one of the doctor’s operations, and was suddenly struck with a great idea—an artificial heart could be used to support patients during difficult and lengthy procedures.

This artificial heart concept was actually based upon a ventriloquist dummy; according to Winchell, “the values and chambers were not unlike the moving eyes and closing mouth of a puppet.” With advice from the experienced Dr. Heimlich, Winchell designed and built the prototype for his artificial heart.

Winchell filed for a patent in 1956 and it was awarded to him seven years later. With a great idea and very basic medical training, Winchell became a bonafide inventor.

After receiving his patent, Winchell gave the rights to his artificial heart to the University of Utah, allowing the school’s medical researchers to continue his work. The University’s artificial organs program included talented scientists Willem Johan Kolff and Robert Jarvik—these two men were integral to the creation of the Jarvik-7, the world’s first total artificial heart that drew from Winchell’s initial design.

As explained by Jarvik himself, a total artificial heart acts as a replacement for the human heart, and should not be confused with a ventricle assist device, which supports a patient’s existing heart.

The Jarvik-7 was a self-contained, pneumatic device with an ovoid shape (which helped it to fit inside a person’s chest cavity). The device utilized two pumps with disk-shaped mechanisms, which moved blood to and from inlet and output valves with compressed air. The first successful Jarvik-7 transplant occurred in 1982; the recipient was a retired dentist with a life expectancy of a few days. The artificial heart helped extend the man’s life for 112 days.

Modern artificial hearts—known as ventricle assist devices—are used to support patients in a variety of ways: while waiting for appropriate heart donors, to aid heart recovery during or after surgery, and as a long-term solution for those who aren’t eligible for transplants.

Many Keystone components are found in the monitoring and support electronics for these life-saving medical devices, such as Micro Pins & Jacks, Battery Holders, Contacts & Clips,  and USB plugs and sockets. Here at Keystone Electronics, we’re extremely proud that our products that can give sufferers of heart disease another chance at healthy living.