Thanksgiving Gratitude for the Electric Stove

Electric Stoves and their Electronics

Thanksgiving brings many warm memories of family, friends, and lots of delicious food. Home cooks pull out all the stops during this epic eating adventure, creating favorite dishes like stuffing, mashed potatoes, and apple pie, and filling the air with mouth watering scents. Thanksgiving is a time for people to roll up their sleeves and serve their loved ones a meal to be truly grateful for.

But this feast we look forward to every year would be much more difficult to manage without a very important invention: the electric stove. Here’s the story of how this appliance improved so many people’s Thanksgiving meals.

The Invention of the Electric Stove

Originally all cooking was done over open fires, which was difficult, dangerous, and dirty. By the 18th century, people had moved to stoves that were heated by burning wood, coal, or gas. This new convenience was a step forward for cooks everywhere. The next big leap in cooking technology didn’t arrive until the late 19th century when the first electric stove was born.

Unfortunately, the person we have to thank for this excellent improvement isn’t exactly clear. The Carpenter Electric Heating Manufacturing Company made an electric stove in 1891, but the first patent was granted to William Hadaway in 1896. To further muddy the waters, a Canadian inventor named Thomas Ahearn claimed the electric stove was his brainchild. Ahearn is thought to be the first person to cook a meal using electricity, way back in 1882.

The rightful inventor may be lost to the sands of time, but their creation lives on. 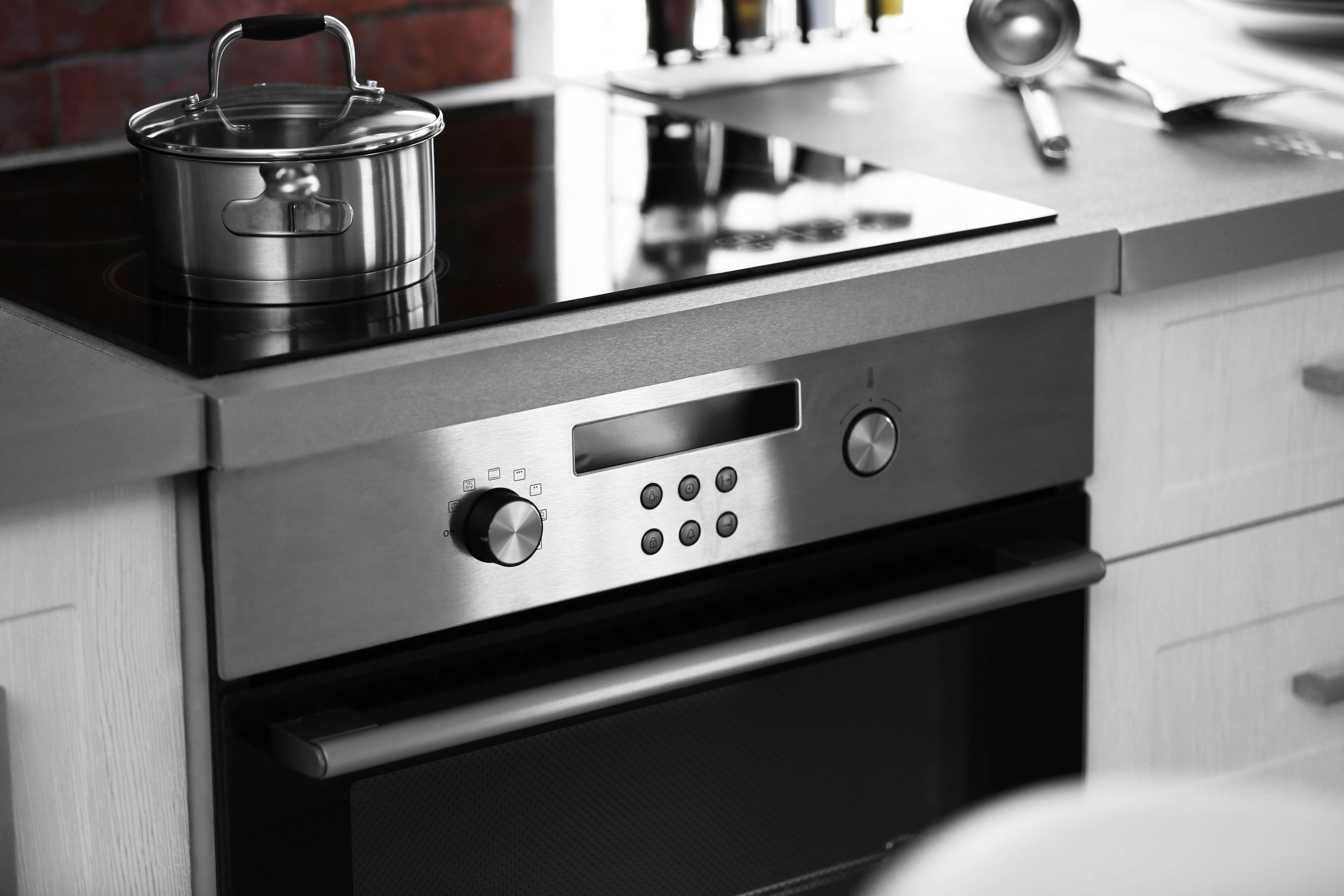 How the Electric Stove Worked

Early models of the electric stove were based on a simple and elegant design. Electricity ran through a resistance coil, which heated the coil, and the heat then radiated to an iron plate. The cooking pot or pan was placed on the hot iron plate, and soon dinner was bubbling.

Today’s electric stoves haven’t strayed very far from the original design. Instead of an iron plate, there’s a glass-ceramic top with a halogen bulb as the heat source. Other than that, the basic function is the same, delivering reliable heat to meals everywhere.

In 1893, at the Chicago World’s Fair, a fully electric kitchen was on display. It had an electric stove, which wowed the crowds. Despite this, the market for electric stoves remained small, because so few people had electricity in their homes. In the 1920s the electric stove started overtaking the gas stove in big cities where electricity was becoming more widely used. Then with the rural electrification projects of the 1930s and 40s, the electric stove soared in popularity.

Today, electric stoves have the upper hand. According to appliance industry leaders, nearly all American kitchens have a cooking range. Electric stoves can be found in 55% of homes, while 41% use gas stoves.

After millennia of cooking over dangerous, dirty open fires, cooks took a step forward with stoves that used wood, coal, or gas for heat. But as we moved into the electrical age, inventors soon realized that this new power could be harnessed to bring humanity quick, hot food. Although we may not know for certain which inventor to thank for bringing us the wonders of the electric stove, its popularity speaks for itself.

At Keystone Electronics, we are an industry leader in manufacturing precision electronic components and hardware. Our products are found in many modern appliances, including electric stoves, dishwashers, microwaves other appliances. Check out some of these Keystone products being used in appliance production:

We would love to tell you more about our full catalog of products and services for electric stoves and much more. Please contact us today for more information. And from our family to yours, we wish you a very Happy Thanksgiving and all the good food that goes with it!