The Ice Maker: Origins of a Summer Staple 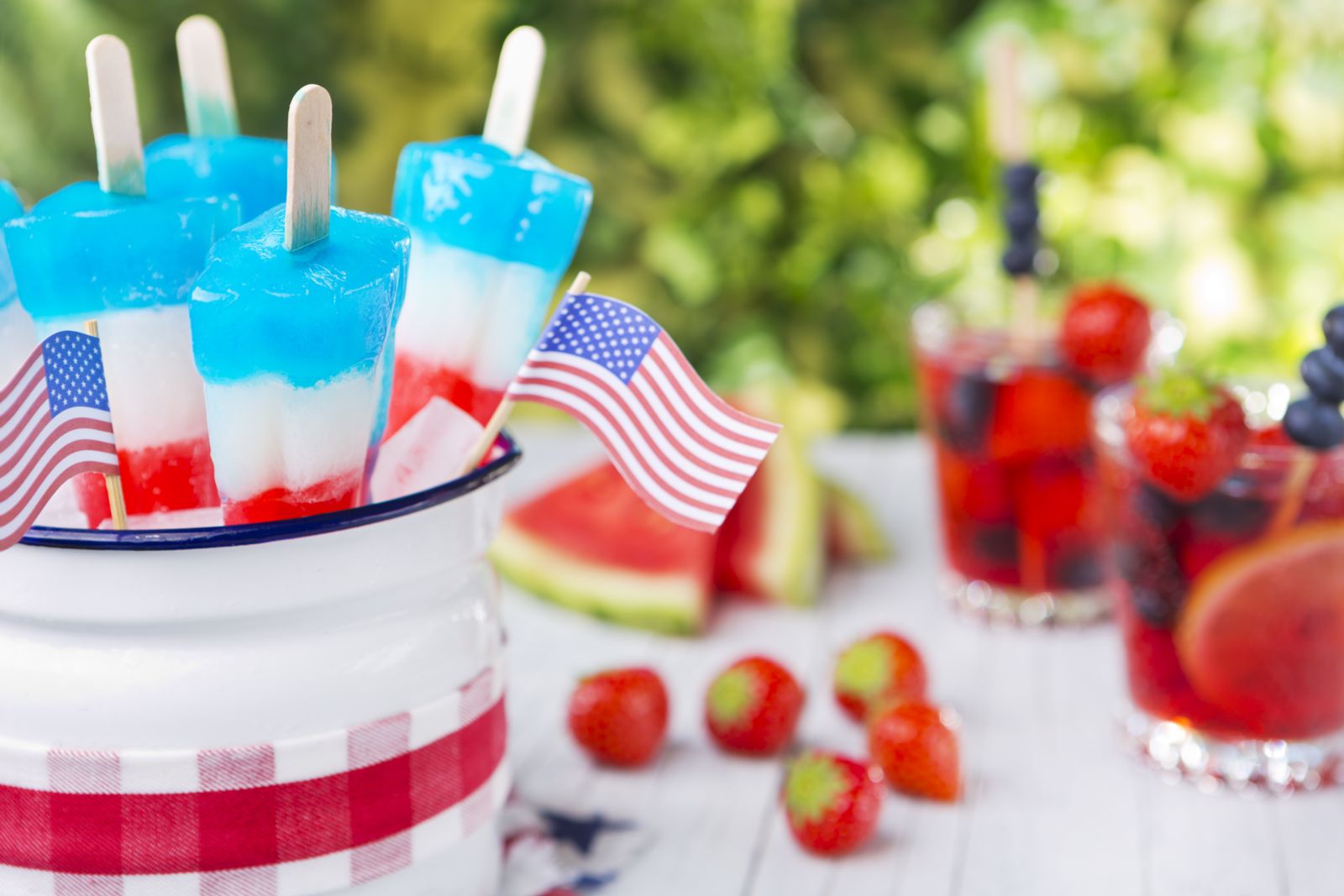 Ice Makers and their Electronics

The 4th of July is the harbinger of summer. With its approach come outdoor cookouts, barbeques, and a host of cold treats. Although people eat outside to enjoy the summer warmth, they often make sure to bring along ice to keep their food cool and drinks frosty. Despite the ubiquity of ice during these summer months, ice makers often remain the unsung heroes of hot weather.

Ice makers are widely used appliances that produce ice to facilitate refrigeration and preservation of food and drinks. These appliances can generally be classified into two categories: an ice generator or an ice machine. Often seen in the door of refrigerators, an ice generator is the assembly of components that generates and ejects the ice. An ice machine, on the other hand, is a complete, stand-alone ice making system. It not only produces ice, but stores, manages, and dispenses it as well.

We use both of these hard working machines all year round, but they become even more indispensable as we head into food-filled celebrations such as the 4th of July. Let us take a few moments to appreciate the history and operating mechanisms of the ice maker.

The Invention of the Ice-Making Machine

Thaddeus Lowe was a self-taught scientist and inventor who contributed to the fields of aeronautics, chemistry, and engineering. After the American Civil War, Lowe studied the properties of gases (especially carbon dioxide), eventually developing a method that utilized the cooling effect of expanding gas to remove heat and refrigerate a space. With his findings, he invented a carbon dioxide cooled ice making machine.

A United States patent for an ice maker was awarded to Alexander Twining in 1853. Like Lowe, Twining used vapor compression to harness the cooling properties of expanding gases. He is credited with creating the first commercial ice-making machine in 1856.

Ice makers are now employed across the globe in various consumer and commercial models. Consumer types are found in homes, most commonly seen as ice dispensers in the door of refrigerators, while commercial ice makers create different forms of ice—such as flake, tube, and cube ice—used to keep food cold during shipping or cool food and beverages.

Whether they are used for consumer or commercial applications, ice makers all operate under the same basic principles of refrigeration and use the same key components—a compressor, a condenser, an evaporator, and throttle valve. 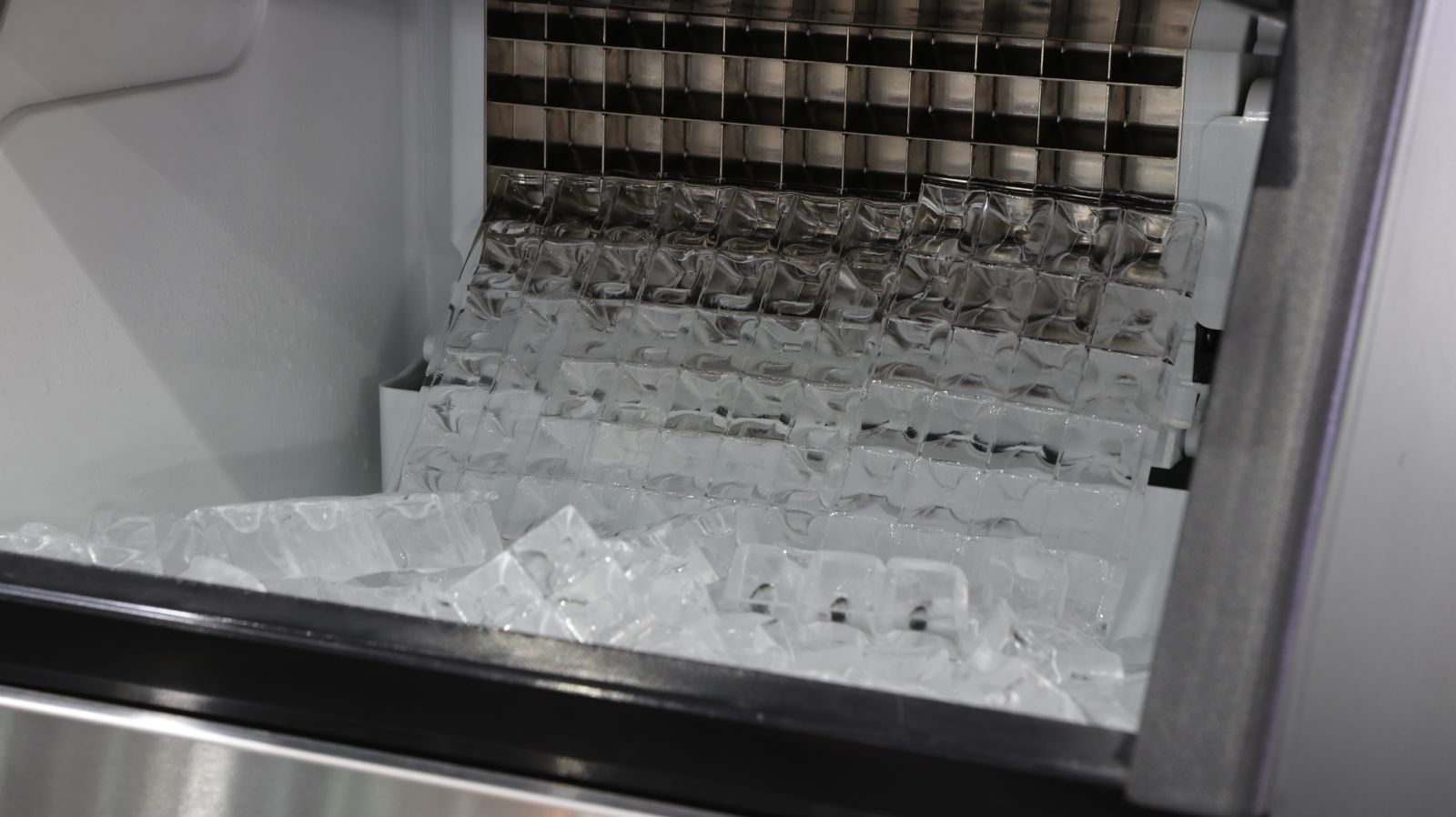 condenser.The condenser then condenses the compressed vapor into high pressure liquid, which drains through the throttle valve, becomes low pressure liquid, and flows into the evaporator. Within the evaporator, the liquid refrigerant absorbs heat from the water being cooled and becomes vapor again. This heat exchange allows the cooling water to form into ice. The warmed refrigerant is then returned to the compressor.

In an ice maker, a timed switch opens a solenoid water valve that fills an ice mold. Once filled, the refrigeration process takes place to freeze the water into ice. When the temperature gets low enough, the built-in thermostat closes an electrical switch to activate a heating coil. This application of heat slightly melts the ice, loosening it from the mold. Then, the ice maker’s electric motor is activated, turning a shaft with ejector blades that scoop out the ice and dump it into the storage area of the ice maker.

From its creation during the 19th century, the ice maker has become a staple in our homes and businesses. Especially in summer - our lives would not be the same without it.

At Keystone Electronics Corp., we have been manufacturing precision electronics and hardware for more than 70 years. Our quality components and electronic hardware are used globally in many applications, including refrigeration.  Some Keystone products you might find in today’s modern ice and refrigeration systems include: Standoffs and Spacers, Panel Hardware, Screw terminals and Metal Key-Pad Dome Switches.

While our products can meet most requirements, we also offer modifications and custom fabrications to meet any need. Our in-house custom capabilities include design and engineering, precision tool and die, and close tolerance stamping, assembly, and machining.

Additionally, to ensure the highest standards of precision in all of our standard and custom components and hardware, our quality assurance system is certified to ISO 9001:2015 by DNV GL Certification, Inc. under the ANAB and RvA accreditations.

For more information on how we can provide electronic components and hardware for your unique application, contact us today.