Weather Barometers and their Electronics

The development of barometers has been instrumental in tracking changes in air pressure for early storm detection. Early detection means more time for the general public to prepare for storms, and potential evacuation before the tropical storm hits land. 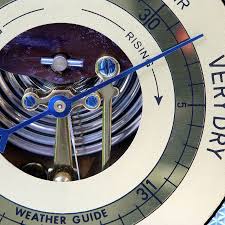 It was once thought that the air above us did not hold any weight, and thus did not exert any force on the bodies below. Evangelista Torricelli challenged this thought, and is credited with inventing the mercury barometer in 1643 to prove his theory. Documentation also suggests an Italian mathematician and astronomer named Gasparo Berti unintentionally built a water barometer sometime between 1640 and 1643. French scientist and philosopher René Descartes described an experiment to determine atmospheric pressure as early as 1631, but there is no documentation that he built a working barometer.

In September 1646, Blaise Pascal expanded on Torricelli's theories and developed an experiment with his brother-in-law, Florin Perier. Using a mercury barometer, Florin Perier took atmospheric measurements as he climbed mount Puy de Dome. When comparing the barometric readings on the mountain to those from the foot of the mountain, Pascal confirmed that the mercury barometer readings were lower the higher one went. Pascal and Perier had proven air has weight and it is lighter the higher one travels.

Since Torricelli and Pascal, many other types of barometers have been developed. Here is a brief description of barometers and how they function: 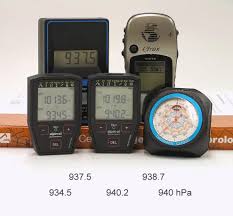