Timing is Everything in the NCAA Tournament 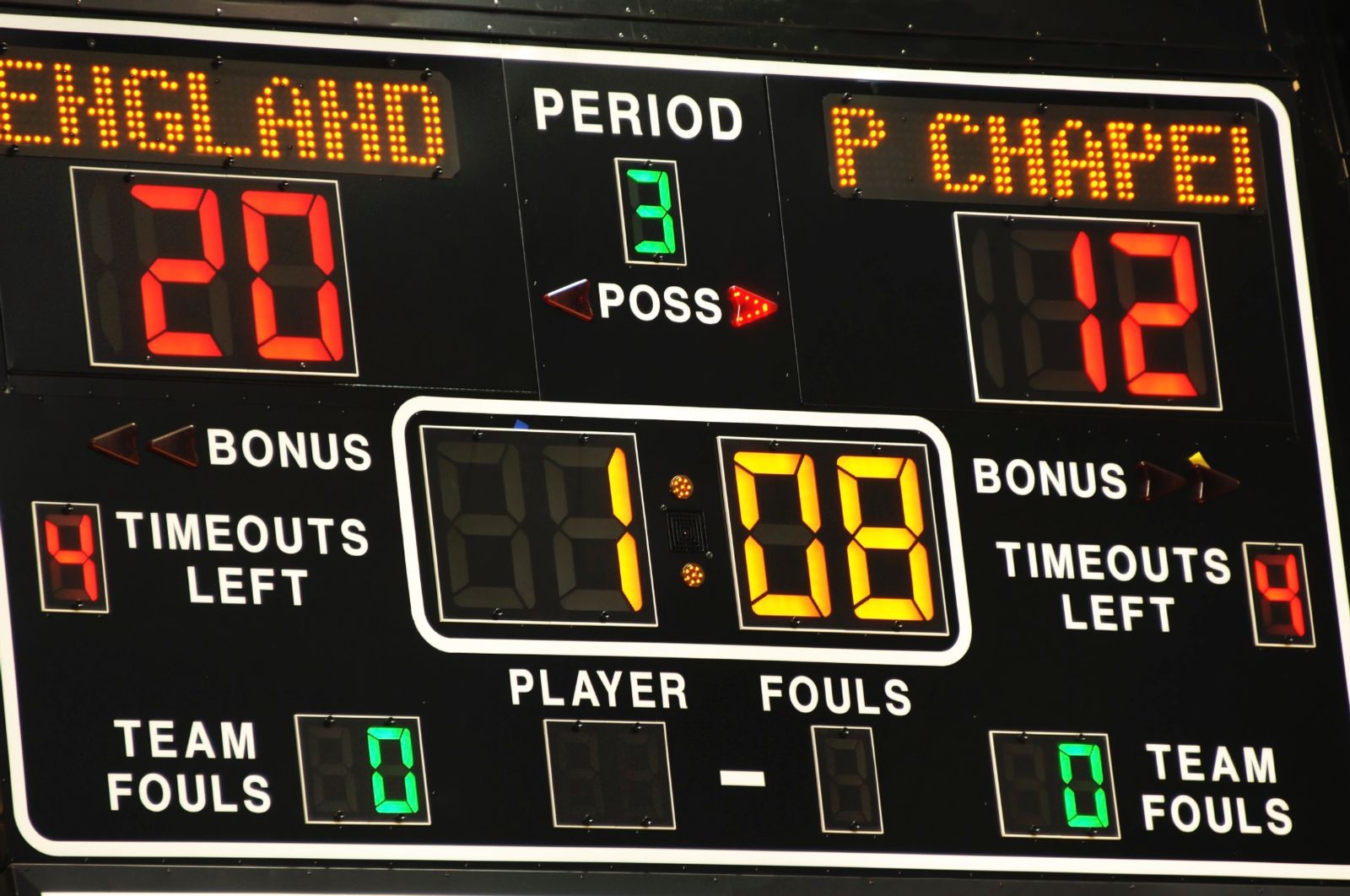 or so many people, March is the best month of the year. There’s a reason it is called March Madness as the NCAA® Division I Basketball Championship Tournament becomes the most talked about sporting event. Its unpredictable, nail biting, and fun to watch.

The tournament, made up of the 68 best teams in the nation to start, is a single elimination tournament that puts another element into the mix—pressure. And nowhere is the pressure greater than beating the shot clock. It’s integral to play design, shot choices, and could be the deciding factor between a win and a loss.

The Beginnings of the Shot Clock

The shot clock’s first use was in Syracuse in 1954 when the team scrimmaged using a mathematical calculation to determine that teams were taking about 24 seconds per shot in a game. The NBA was convinced by the numbers and adopted it for that season. The players, not used to working within a time limit, were nervous and taking shots much faster than the 24 second limit in an attempt to avoid being penalized. Because there were more shots per game, more points were being scored and the pace of the game picked up. This lead to increased attention and attendance of NBA games.

The NCAA has made rule changes this year to improve play and speed up the game. Eliminating physical contact and reducing the shot clock from 35 to 30 seconds has changed the way teams play. And most people agree that the faster pace and higher scores make the games more exciting for the fans. Teams are building game plans around the shot clock and sometimes it pays off and sometimes that strategy doesn’t.

The shot clock is a significant part of NCAA play and it is extremely important that the whole system is synchronized and accurate. The shot clocks sits atop the hoops at each end and display the game time as well as counting down the seconds left to shoot. If a player doesn’t shoot and hit the rim before time runs out, a horn signals a shot clock violation.

How Will March Play Out?

This year’s tournament is as mad as ever with no team being a clear favorite to win it all on April 4th (the full schedule can be found here). We will have to see if Kentucky can go all the way and win it this year or if a true underdog will emerge from the pack. Whatever the outcome, you can be sure that some of the games will be decided by time management and watching the clock.

We’ll be watching too as the countdown clock, the lights, and the penalty signals all rely on Keystone Electronic components. Basketball wouldn’t be the same without the shot clock and the shot clocks wouldn’t work without key components such as LED Spacers & Lens Caps, Quick-Fit Terminals, and Spacer and Standoff Products provided by Keystone! Interested in learning more about our contributions to the game? Read our NCAA blog from last year!

We hope you enjoy the Madness as much as we do!